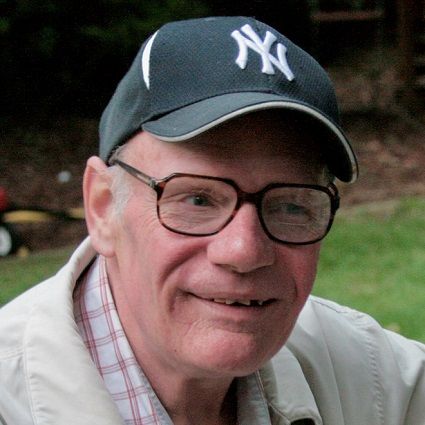 June 23, 2021: Jay Llewelyn Steele, 74, passed away peacefully and surrounded by family on Saturday, June 12, 2021 after succumbing to brain cancer.

Jay was born on March 1, 1947 in Newton, MA to Frederick Albert Steele III and Ruthanne Reed Steele. He was raised in Yonkers, NY. He attended Marvel Academy in Rye, NY and graduated from Kingsley Hall School in North Egremont, MA. Jay held a few odd jobs after graduation, and then worked for JA Sexauer Plumbing Supply filling equipment orders. There he met his future wife, Mary O’Dell, and they were married on October 28, 1972. Jay then started working for his father’s food service business where he took orders and made deliveries all over the Tri-State area and beyond, and he knew the roads like the back of his hand.

He was a member of Wykagyl Country Club, New Rochelle, NY where he was a skilled golfer, and he also bowled for several different leagues, with a lifetime high score of 280.

Jay and Mary had no children and were divorced in July of 1990. Jay continued working for his father and accompanied his parents to Bellaire, FL upon his father’s retirement in 1998. As his father’s health declined, the family returned to Scarsdale, NY within the year and Jay worked for Robert’s Florist and then Tuckahoe Florist as a delivery driver. Jay helped care for his parents in their final years and continued living in Scarsdale after they passed.

In 2013 he accompanied his widowed sister, Sandi, relocating to New Castle, DE to be closer to her son and family, where Jay would always happily help Sandi with household chores in their shared apartment. He was a member of the New Castle Senior Center where he would lunch multiple times a week and enjoyed many of the trips and outings they planned. He competed in their Wii bowling league and made many good friends whom he missed dearly during the pandemic. He was very proud to carry their banner in the Separation Day parade for several years.

Jay enjoyed walking along the river, at the mall, and through town each morning to get the papers from Walgreens. He was an avid Yankees, Giants, Rangers, Blue Rocks, and Blue Coats fan. He loved to watch his grand-nephews and grand-nieces in their various athletic endeavors, cheering them on along with all their teammates, all of whom called him Uncle Jay. Jay also loved to watch classic television shows, movies, and game shows and had an encyclopedic knowledge of 1950s trivia.

He was devoted to family, and always wanted to spend time with his extended family. He greatly enjoyed his trips to New England and Florida to visit with the Allen, Osborn, Reed, and Steele cousins. Jay genuinely loved each of them, and his family particularly appreciates the support provided by the Allens and Osborns. He was a steadfast and loyal friend, was eager to befriend everyone he met, never held a grudge, and his sincerity and genuine kindness touched everyone who knew him.

Jay is survived by his sister, Sandra Steele Schneider, nieces and nephews Arden and Daryl Dewbrey, Garrett and Christina Schneider, Haley and Sean McGowan, grand-nieces and grand-nephews Ben and Maggie Schneider, Ethan, Noah, Brooke and Paige Dewbrey, and Conor and Colin McGowan, as well as many close cousins. He was preceded in death by his parent; brother, Gary Frederick Steele; and brother-in-law, Stephen Henry Schneider.

A visitation for family and friends will be held from 6 pm to 8 pm on Wednesday, June 23, 2021 at Krienen-Griffith funeral home, 101 W. 6th St., New Castle. A memorial service will be held in the same location on Thursday, June 24, 2021 at 10 am. Jay will be interred at Asbury Church, Crestwood NY at a service to be held later this summer.