From the Mayor: As a Nation, We Have a Dreadful Voting Record 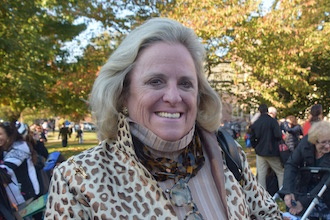 Oct. 31, 2018:  As you read this, the 2018 election cycle is winding down. The last-minute saturation of the airwaves got me to thinking about all the aspects that prompt us to vote or not vote as Americans.

As a nation, we have a dreadful voting record, as judged by the eligible voters who actually cast a ballot. We rank 31st of 34 nations when compared with developed countries.

Recent national elections in Belgium, Turkey, and Sweden brought out above 80% of the voting public. To be fair, Belgium and Turkey are two of the 28 nations where voting is compulsory. Though not at all strictly enforced, with many excuses accepted, the law does have a dramatic effect on participation. As an example, Chile switched to voluntary voting and the percentage of voters plummeted in one year from 87% participation to 42%.

High voter turnout in Germany and Sweden is credited to automatic registration by the government when one reaches voting age. Registration, a personal responsibility in the U.S., results in only 65% of those eligible doing the paperwork required.

The date of voting seems to have a great correlation with participation.

In Australia, Brazil, and Belgium, where voting is always on a weekend or national holiday, participation is above 80%.

Our Tuesday voting is anachronistic, dating to a Congressional decision from 1845. As a predominantly agrarian society at the time, with travel by horse and buggy, voters needed a day to reach the county seat, a day to make their voting selections, and then a day to travel back home, all without interfering with the three days of the week dedicated to religious worship. That left only Tuesday and Wednesday, and Wednesday was the traditional market day, so Tuesday was chosen.

The month of November was chosen because spring and early summer voting would interfere with the planting season and late summer and even early fall overlapped with the harvest. The only window open was early November before the arrival of potentially harsh winters.

Since every survey points to inconvenience as the number-one reason Americans do not vote and Congress has managed to move Columbus Day and Martin Luther King Day and carve out a Presidents Day, the precedent is there, if not the inclination, to move from Tuesday voting.

According to national surveys, Americans don’t vote for the number-one reason of inconvenience. Following closely behind are reasons ranging from lack of interest, too busy, can’t miss work, think their vote has no impact, illness, dislike of the candidates, out of town, or simply forgot.

The data reveal that if you are young, a minority, less affluent, or less educated, you vote in record low numbers.

Financial security, in particular, is strongly correlated with nearly every measure of political engagement. Citizens earning over $100,000 vote in double the numbers of those with incomes below.

As to the correlation with education, 44% of eligible voters without a high school diploma voted in the 2012 presidential election vs. a 77% turnout rate by those with a college degree.

The surveys also uniformly confirm that our young people do care about politics, but a majority of them just dislike it! Less than a third of eligible voters ages 18 to 30 think running for office is an “honorable thing to do,” and 75% of them didn’t even vote in the most recent presidential election.

In what was a major surprise to me, we, as New Yorkers, have dreadful participation numbers. For the 2014 election, we ranked 48th out of 50 states in voter turnout despite having the fourth most registered voters in the nation. Even during the 2016 presidential election year--election years always garner the highest turnout--only 57.2% of those eligible voted, ranking us eighth worst in the country.

Maine leads in voter participation, with 72%, while Hawaii is last, with just 47%. Daniel Webster’s words from two centuries ago perhaps resonate now more than ever. “Impress upon ... children the truth, that the exercise of the elective franchise is a social duty, of as solemn a nature as man can be called to perform; that a man may not innocently trifle with his vote; that every free elector is a trustee, as well for others as himself; and that every man and every measure he supports has an important bearing on the interests of others, as well as on his own.”

Editor's note: As a public service, MyhometownBronxville publishes articles from local institutions, officeholders, and individuals. MyhometownBronxville does not fact-check statements therein, and any opinions expressed therein do not necessarily reflect the thinking of its staff.

914-694-4600
This email address is being protected from spambots. You need JavaScript enabled to view it.
www.darcangelo.com

Our firm provides outstanding service to our clients because of our dedication to the three underlying principles of professionalism, responsiveness, and quality.

Listed as one of the 10 largest firms by The Westchester Business Journal, we serve clients throughout the tri-state area. By combining our expertise, experience, and
the energy of our staff, each client receives close, personal and professional attention.

Our high standards, service, and specialized staff spell the difference between our outstanding performance and other firms. We make sure that every client
is served by the expertise of our whole firm.

Attorneys and Counselors at Law

The firm serves as general counsel for several local cooperatives and represents clients in various issues relating to wills, trusts and estate planning.

85 Pondfield Road
Bronxville, New York 10708
914-337-0142
This email address is being protected from spambots. You need JavaScript enabled to view it.

We are hardworking and dedicated attorneys who, combined, have more than 150 years of experience delivering quality legal advice. Our cutting edge is our ability to enter both the conference room and the courtroom with strength. Our law firm provides legal representation and counsel for both individual and business clients on issues related to estate planning and administration, real estate law, litigation, and business law.  Our practice areas include: Commercial Litigation, Business Law, Real Estate, Wills, Estate Planning, Trusts, Estate Administration, Living Wills, Health Care Proxies, Powers of Attorney, Not For Profits, and Employment Law.

Veneruso, Curto, Schwartz & Curto is dedicated to providing businesses and individuals with exceptional legal services customized to each client's needs and objectives. Practice areas include litigation, real estate, not for profit, wills and estate planning, land use and zoning, business and corporate, cooperative and condominium and real estate tax assessment litigation.

You have dreams and goals, and we'll work together to help put them more within reach. As an advisor living and working in your community, I'm available to work with you in a way that meets your needs.

Your Wealth Made Easier

Local Registered Investment Advisors Who Have Fiduciary Obligations To You, The Client

When you partner with CPP you join your neighbors. We are located in Westchester County, yet are ready to respond to your needs with our 70 years of combined experience. We are always available to answer your questions and concerns. Unlike giant banks and brokerage firms, you will speak to the same advisor who is thoroughly familiar with your portfolio and life circumstances.

SEC registered – Fee only planners – no commissions or hidden fees

This email address is being protected from spambots. You need JavaScript enabled to view it.

Call 914-793-1213 or This email address is being protected from spambots. You need JavaScript enabled to view it.
www.JimVanMetter.com

108 Kraft Avenue
Bronxville, New York 10708
914-961-7200
This email address is being protected from spambots. You need JavaScript enabled to view it.
http://agent.allstate.com/DSTOCKTON2/Welcome/

Paul D. Ranieri, CPCU
457 Palmer Road
Yonkers, NY
914-376-2560
This email address is being protected from spambots. You need JavaScript enabled to view it.

914-337-1833
This email address is being protected from spambots. You need JavaScript enabled to view it.