From the Mayor: Efforts to Mitigate Deleterious Effects of Federal Tax Cuts; Public Works Projects; and Restoration of Bacon Woods 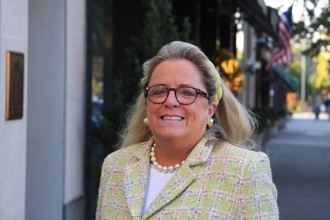 May 2, 2018:  I wanted to update you as to a variety of topics taking center stage for village government as we enter May.

Efforts to Mitigate Deleterious Effects of Federal Tax Cuts:  Of potential great consequence is Governor Cuomo’s efforts, with the support of the legislature, to mitigate the deleterious effects of the federal tax cuts and Jobs Act on the taxpayers of New York State.

As background, New York taxpayers send $48 billion more to the federal government annually than we receive back, ranking us as the No. 1 state in disproportional giveback in the country. Under the new federal tax law, we stand to lose another $14.3 billion in lost deductibility because of the $10,000 cap.

In an effort to blunt the effects, Governor Cuomo has launched a three-pronged program:

As a government, we are trying to get out in front of this rather complicated provision and have attended every available training on the subject as we await the publication of a guidance document from the governor’s office. In the interim, we are meeting with our fellow school officials to share information as we know it and discuss options.

As an added overlay/complication, since the federal law was enacted with such speed, it will most certainly give rise to a plethora of tax avoidance strategies, a consequence unforeseen by Congress. We will keep residents posted as we continue to educate ourselves on all of the above concepts. As the governor has rightly said, “New York has no future as the tax capital of the nation.”

Public Works Projects:  On the very local level, the public works department has submitted its proposed list for road and curb repavement and replacement for the coming spring and summer months. They include:

We continue an aggressive program of infrastructure repair, spending almost half a million dollars annually on roads alone. If your road does not appear on this list, reach out to us to add it for future consideration. We know the list is not to be exhaustive but is rather in priority form.

Bacon Woods is a 1.6-acre space that is owned by the Village of Bronxville and straddles an area between Kensington and Sagamore Roads. It is largely an unimproved mixture of plateau, hillside, and mixed woodland with areas of rock outcrop. There are a few important hardwood trees, including oak and beech, that must be protected. There is a significant erosion due to an area of steep grade combined with exposed tree roots and lack of groundcover vegetation.

Our current goal is to create an improved landscape that offers passive enjoyment for the local neighborhood by incorporating a combination of improved native woodland, some open lawn areas defined by understory shrubbery, and native flowering trees, and reconfiguration of the existing connector pathway. Installation of strategically placed retaining walls will be required to eliminate erosion, to provide more level plateau areas for lawn, and to create a landscape that blends into the existing site.

Given the scarcity of open space in our village, it is incumbent that we preserve and protect these oases of calm.

Editor's note:  As a public service, MyhometownBronxville publishes press releases, statements, and articles from local institutions, officeholders, candidates, and individuals. MyhometownBronxville does not fact-check statements therein, and any opinions expressed therein do not necessarily reflect the thinking of its staff.